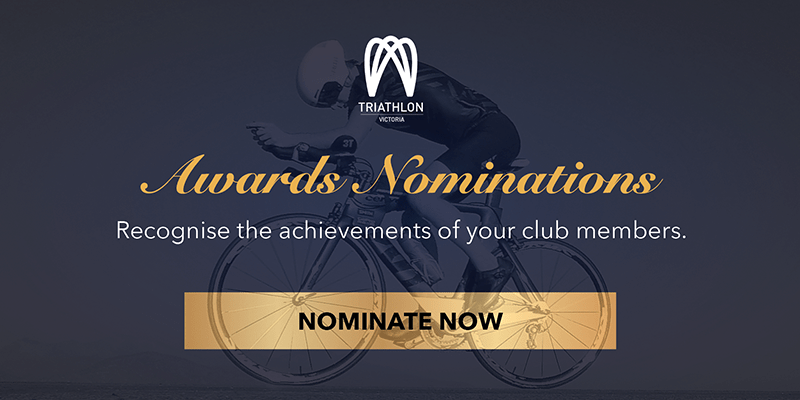 The Victorian triathlon community is encouraged to step forward and recognise the achievements of their club members by submitting a nomination for Triathlon Victoria’s annual awards.

Award nominations for the 2019-20 season are now open for the following categories.

Our past is special, and it is incumbent on the Victorian triathlon community to recognise those who built the foundations and those who continue this tradition of excellence. Victoria has been at the forefront of multisport in Australia since its inception in the early 1980s and we continue to celebrate this history and the triathlon community through our awards breakfast.

Due to COVID-19, our awards breakfast has been postponed. At present we are working towards November 14, 2020, with a venue to be confirmed at a later date.