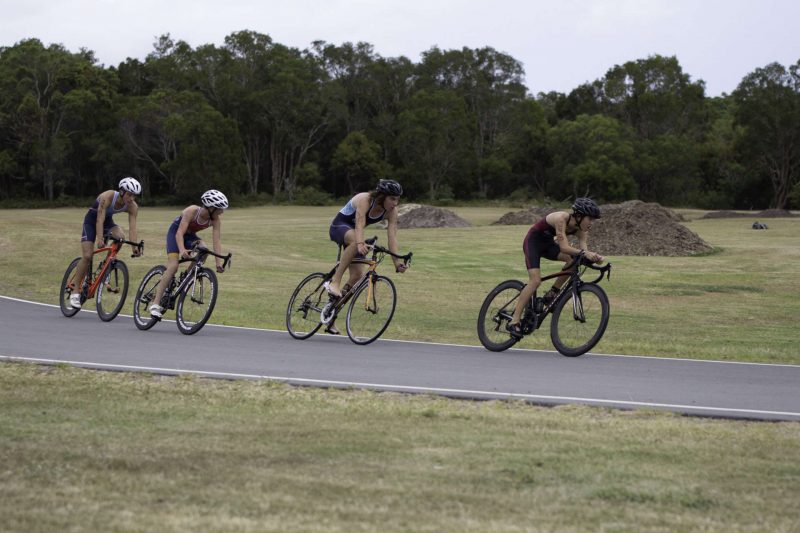 The Triathlon Victoria Development Program heads to Canberra, ACT for the second race of the Australia Junior Triathlon Series this weekend.

After a very successful first outing at Runaway Bay QLD, marked by two individual medals and numerous Top 10 finishes and PBs, it is hoped that the Victorians can continue to build their season.

26 athletes and 4 support crew will be hitting the road to Canberra, with athletes facing enduro format racing on the Saturday,  before the National Mixed Team Relay (MTR) title is put up for grabs on the Sunday.

Coming off a Christmas break with a short turn around, all eyes will be on how athletes are placing and what tactics are used for the two races. A limited one-hour break between races will add to the excitement, with winners decided on a combined time. The racing on offer replicates a lot of Super Sprint racing that is now taking place on an international ITU level, with plenty of learning opportunities across the weekend for athletes.

Victoria is set to have a strong showing in all divisions, with the hope that this even spread converts to competitive teams on the starting line for the Sunday’s racing as well. The Mixed Team Relay highlights one of the most enjoyable parts of racing for the Victorians, who quite enjoy the team ethos that it offers, demonstrated at Runaway Bay, with every competitor dragging every little bit of energy out of themselves for their teammates. With the Mixed Team Relay now being an Olympic event under the girl/boy/girl/boy format, plenty of lessons will be taken away as well.

Following the weekend of racing, Triathlon Australia will be conducting a camp at the AIS for nominated juniors and coaches to continue their learning from some of Australia’s top High-Performance Coaches.

Congratulations to Oscar Dart, Oscar Riley, Darcy Williams, Rebecca Henderson, Brooke McCullough and Coach Matt Tippett on their successful application to the camp. They will certainly bring new learnings back to their daily training environments that will further their development.