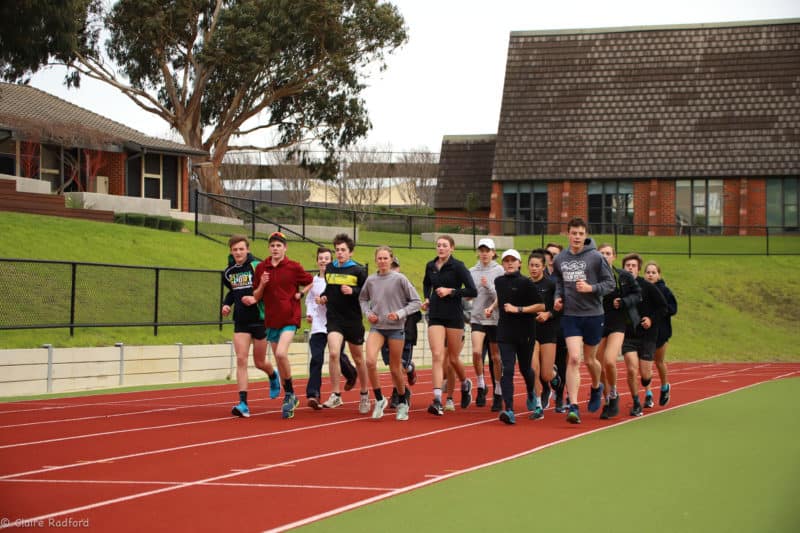 Over the winter school holidays, the Triathlon Victoria Development Program headed down to Mt Eliza for a week of technical triathlon skills and athlete development.

Focused on providing the athletes with the knowledge and skills that they may not get in their regular training environment, the camp saw developing athletes from across Victoria, the ACT, and Tasmania come together following their season break to get to know one another and train under elite coaches.

With many developing junior athletes unable to train with peers of a similar skill and age, the camp also fostered an environment where athletes can create a network of peers to learn with, progress with, share experiences with and overcome obstacles such as equipment and travel with. While many athletes came into camp as individuals, they left as a group of friends and peers who shared photos, stories and experiences that will be carried throughout the 2019/20 season and in the years to come.

Over the course of the week, the group was coached by a number of experts and elite coaches, covering areas including nutrition, goal setting, strength & conditioning, and swim/bike/run technique.

Strength & Conditioning Coach Scott Conway conducted a session that the athletes could take away and undertake in any place. This could be incorporated into your normal training regime or even in a hotel room when travelling to a regional/inter state/ international event. It was simple, effective and specific to the needs of the triathlete.

Dietitian Amy Giannotti reminded the athletes that you need to look after the tools of your trade and as an athlete, the body is the major tool of your trade. Amy highlighted the importance of not just providing with body with the correct foods to keep training and performing properly, but also to “be ready” to train.

With many of the TVDP athletes likely to travel to race in coming years, GIANT Ormond General Manager David Ross’s session on correctly packing their bike for travel was key. David provided tips and demonstration on how to effectively pack a bike and also pack it well enough to help avoid a dreaded airline disaster.

Olympic runner Craig Mottram conducted a session running specific providing tips and advice on how to be efficient at your trade. Triathlon is not just about going fast, with Craig highlighting that a major aspect of the sport is to be able to perform efficiently and effectively under fatigue. In triathlon racing you are never running fresh, it is always after a demanding swim and bike, with Craig providing key cues to look for and help athletes excel in the final leg of their event.

Sports Psychologist Fraser Carson book-ended the camp for the athletes, with sessions on goal setting. Going beyond the big picture goals, Fraser made the TVDP athletes focus in on their progression goals right down to what they wanted to get out of camp and their goals for each session. This allowed the athletes to see that goal setting also provides purpose to the small things you do each day. Fraser confirmed to the group that short term goals are as important as long term goals and are pivotal in achieving your long term goals; you need to take the small steps on the ladder to get to the top of the ladder. Fraser also allowed the athletes to see that goals are not always result driven. You need some achievable realistic goals as this provides a positive progressive environment.

Triathlon Victoria would like to thank all of the coaches that assisted running the camp, including Neil Brewster, Claire Radford, Pat Legge, Mitch Kibby, Kate Bramley, Julie Tedde and Mitch Couper, as well as all the Triathlon Tasmania and Triathlon ACT athletes that travelled over to participate in the camp. We can’t wait to see the ‘Southern Stars’ in action!