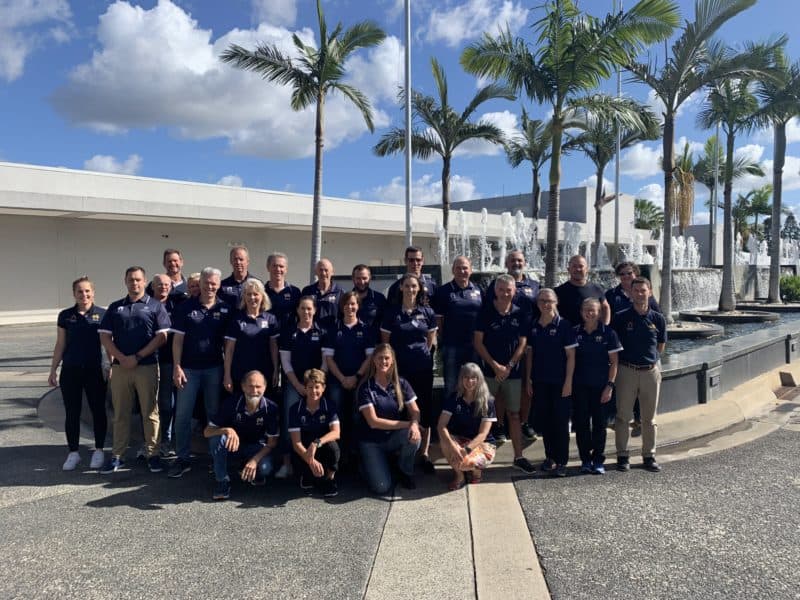 Over the weekend seven senior Victorian Technical Officials headed up to the Gold Coast with the mission of further developing their technical skills at the Triathlon Australia Technical Official Development Camp.

Supported by all facets of Triathlon Australia, the camp provided senior Technical Officials from the across the country the opportunity to delve further into the issues they face including risk management, supporting athletes of all ability, and people management.

Triathlon Victoria Development and Administration Coordinator Robbie Wallace said that the camp facilitates the development of not just senior officials, but also newer officials coming through the ranks in Victoria.

“The Development Camp provides such a fantastic opportunity for Technical Officials to dive into issues that they regularly face when officiating,” Wallace said.

“By having Ellen & Han, Tony & Kathryn, Jenny, Jane and Carole attend the Development Camp, we hope that not only will they personally reap the benefits of such professional development, but they’ll bring those new skills and ideas back to Victoria and share them with their teams on race day.”

“It was a tremendous opportunity for advancing our technical skills and personal growth in general,” Ruddick said.

“We felt it was world class content from the highest level of presenters in the country.”

Fellow attendee Ellen Te Riele told Triathlon Victoria that the camp also provided a fantastic platform to get to know fellow technical officials from across the country.

“In addition, we made great connections with fellow motivated and enthusiastic TOs and learnt a lot about their specific regional challenges. It was great to meet and get to know the faces behind Triathlon Australia and learn about the challenges they are dealing with.”

Congratulations to all attendees on their completion of the camp!