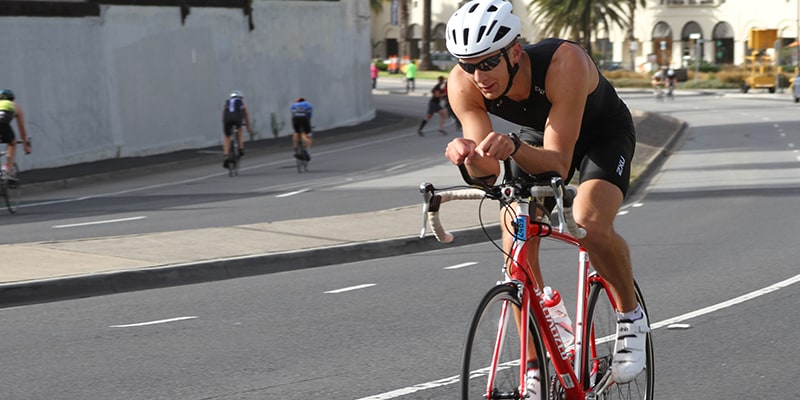 Triathlon returned to Melbourne this weekend as race one of the 2XU Triathlon Series officially opened the 2020-21 season in St Kilda.

It’s been 11 months since a significant triathlon event has been staged in Victoria after the 2019-20 season ended abruptly due to COVID-19 which saw sport across the state subsequently shutdown.

In our effort to safely return to racing, strict protocols were in place as events move to a COVIDsafe environment. Triathlon Victoria and event organiser O2 Events have worked tirelessly for several months, consulting with the Department of Health and Human Services and the City of Port Phillip, to refine event operations, course layouts, and event village requirements to meet government requirements.

Those racing were greeted with brisk bayside conditions after a cold front swept across Melbourne on Friday night and Saturday. The arrive, race, and leave event structure saw Catani Gardens take on a new-look layout to reduce people gathering and promote social distancing.

The morning started with the Fun Tri, followed by the Olympic distance, sprint distance, and concluded with the Kids Tri at 10:15 am.

In the women’s, Melbourne Triathlon Club’s Laura Armstrong took the win in 2:10:01.0, while Greensborough Triathlon Club’s Nicola Wadey and Alice Potashnyk took home two and three, with a time of 2:26:55.2 and 2:42:04.3 respectively.

The 2XU Triathlon Series will head to Sandringham for race two on Sunday 31 January 2021. To register, please visit the event website.

Right now, we’re offering 35% off* a Triathlon Victoria membership to kick-start your 2021. With a welcoming network of triathlon clubs and community events running around the state, why not tri more for less now.