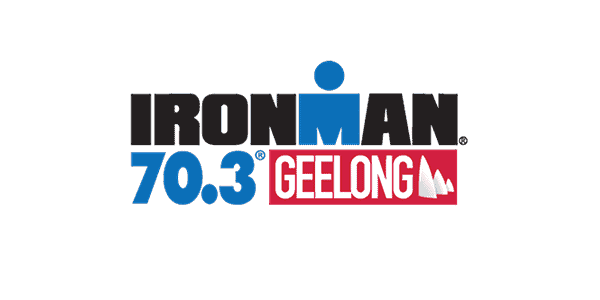 Australia’s leading triathletes are set to return to racing in Geelong this month, with final preparations underway for IRONMAN 70.3 Geelong on Sunday 21 February.

With international travel still on hold the event is providing the chance for the country’s top triathletes to go head-to-head on home soil.

The men’s race will see Josh Amberger return to defend his title, with the Queenslander breaking through for victory in Geelong in 2020, after finishing second on his previous three visits.

“I’ve come second there so many times, to win it last year was great and it made it more satisfying to win once the world slowed down, I could relax a bit knowing that I already had had a great performance that year,” said Amberger. “We know it’s going to be a who’s who of Australian racing, I know all the athletes really well, know their strengths and weaknesses, so I definitely think I know how to win the race again but it will be challenging for sure.”

Joining Amberger on the start line is Tim Van Berkel, who has finished third at the last two IRONMAN 70.3 Geelong events.

“I really like coming down to Geelong, starting the year there, it’s a good race to kickstart the year and to see where the form is and have a crack,” said Van Berkel. “It’s going to have a gun field. Not many guys got to race last year and everyone is relishing the chance to get a race in.

In the women’s field Grace Thek returns to Geelong after finishing second at the race in 2020, with IRONMAN 70.3 Geelong the only race the Melbournian was able to contest last year.

“It was a pretty tough year without any races, I pretty jealous of all the Queenslanders who got to race at the end of the year,” said Thek. “I approached lockdown with a pretty flexible mindset without much racing on the horizon it was about enjoying my training and going back to some of the basics rather than refining things for races.

“I’m really looking forward to Geelong, it’s one of my favourite races of the year,” she said. “Geelong was my first IRONMAN 70.3 race four years ago, then my first Professional race, it’s a special place for me and I look forward to going back each year.

“It’s kind of a local race for me, I know a lot of people out on the course which makes for a great atmosphere, Geelong puts on a great show. The location of the course is fantastic, especially that run course, the atmosphere pushes you on when you’re feeling the hurt on the run,” she said.

Queensland based New Zealander Amelia Watkinson had a stellar end to 2020, claiming victory at IRONMAN 70.3 Sunshine Coast before winning on debut at the Cairns Airport IRONMAN Cairns Asia-Pacific Championship.

“I’ve never raced at Geelong before, it will be my first time down there,” said Watkinson. “Seeing as I peaked at the end of last year it’s early in the season for me at the moment but it’s certainly still a race and holds a lot of pedigree, I think I’m still carrying some good form and hope that it will be quite a strong race. It will be a strong field which will be great.”

Watkinson is looking forward to taking to the course in Geelong for the first time and will be one of 12 Professional women in action.

“It’s normally early in the season for me, even now I’ve not even done a month of training since a break,” she said. “Over time I’ve developed more as an athlete and I’ve been able to incorporate races earlier in the seasons and use them smart. I think we’re all appreciating races a little bit more than normal, you figure why not if you can get to it, have a good race and represent our sponsors and ourselves and the climate we may as well.”