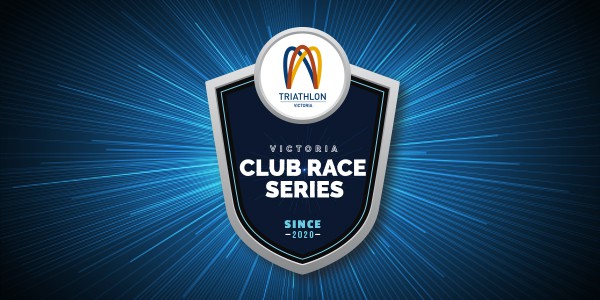 After five weeks of hard-fought racing, the curtain came down on the Club Race Series, after our Champion Club was crowned for the 2021-22 season.

Race five was always going to be fast and furious, with drafting engaged, tactics played a big part. From the gun, the A graders, along with some top B graders, set a scorching pace settling into a pack of 16 and made full use of the draft advantage to move away from the rest of the field.

Breakaways can be challenging to create on Zwift once the bunch has formed and harder to maintain, and often it’s a strategic attack required to help. The leading riders increased their efforts substantially when lapping riders on course, using the draft effect impeccably to break the elastic band of those behind.

The lead group was now down to nine, and incredibly, with just over half the race gone, it felt as though the race to the line had begun. To illustrate the calibre of our athletes, Mike Rose had an average heart rate of 182bpm for the ride, peaking at 195bpm whilst cycling with a cadence of 100+ for the entire race. Calvin Amos from Western Suburbs pushed out an average Wattage of 332 for his 41 minutes in the saddle – an excellent test for those who want to know what it’s like at the sharp end, set your trainer to this power and see how you go. Special mention must also go to Nick Cherrie from Ringwood in C Grade, who registered a mind-bending 844 Watts 5-second power.

Unfortunately, nothing was sufficient to take the win, and the charge for the line came down to a battle between three – Mitch Kibby and Stuart Harsley from i4 coaching and our Champion from the Northern Territory Pete Arnott. Both Pete and Mitch had won in A grade, whilst Stuart was fresh with the confidence of his promotion to the A grade last week, and indeed it was the confidence of Stuart that won out by a mere 0.007s.

Individual glory is not what this series is about though, it’s all about your club and performances, and battling is required throughout the field to help your club to victory. Alongside top-5 category placings, bonus points were awarded for brute force (yes, Nick – C grade was yours) age group, weight category and four sprints for each grade. Finish what you start to get a medal (point) and give your all, and you will all help your club, our final finisher won her age group for D Grade, picking up an additional bonus point for Davey Black Triathlon, fantastic effort Lauren Goodwin.

Our final placings. Congratulations to i4 Coaching, who have raced consistently throughout the series in all grades, not just with their flyers, and deservedly take the top spot. A hard-earned second place to Sam Janssen and her team at Momentum Endurance Coaching. Sam has been actively encouraging people onto their bikes for the race series, and that is what we love – getting people engaged, having fun and being part of a team. Our podium is closed out by TriSpecify, who are invigorating the Mornington Peninsula tri scene and will be ones to look out for when outdoor racing returns. Our top regional club in the competition was Ballarat Triathlon Club. All four clubs will receive a slab of Zero+ Sports Beer to share with your members, plus discount vouchers from Stryd for your club to use how they wish.

Thank you to Triathlon Northern Territory and Triathlon NSW, who joined us this season. Plus the help and support of our partners SAS Cycle Club, Zero Sports Beer, and Stryd.

Like most things in life, you only get out what you choose to put in. To everyone who’s supported and been part of the series, thank you. This series is for our clubs and their members and working to provide additional benefits to your affiliation and membership. It takes time and effort by our staff to put on a race like this, and the positive feedback we’ve received from our community to date is why we embarked on a second series. Club and member support allow us to create these events, and we hope you enjoyed the series as much as we enjoyed putting it on.

For those who don’t know, the Club Race Series has been nominated in two categories for the Victorian Sports Awards, with winners to be announced this month. This success truly demonstrates the impact our clubs and members have had on this initiative, and we thank each of you for that.