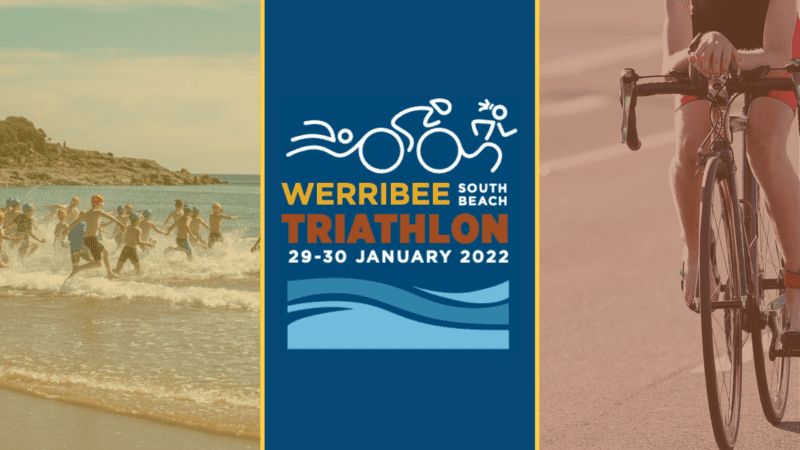 Werribee South Beach Triathlon is a new dedicated pathways event and includes the opportunity for youth and juniors to race the Eliminator Format as individuals on Sunday 30 January 2022.

Athletes compete in state teams in the Australian Youth & Junior Mixed Relay Championships and this relay format is recognised by most triathlon fans with an Olympic debut in Tokyo just a few months ago. State teams of four (two males and two females) racing against each other twice on Saturday with the team with the overall best aggregate time being award the title of Australian Champions.

Sunday’s Eliminator format comprises a qualification round with all athletes progressing to either an A or B final over a super sprint distance.

As we prepare to welcome over 200 competitors from across Australia, we look forward to showcasing our spectacular coastline and seeing the event boost our local economy. The Werribee South Beach Triathlon is sure to pique local interest and I’m confident that Triathlon Victoria will build into future events the opportunity for our community to get on the starting line and participate.”

Triathlon Victoria Executive Director, Grant Cosgriff looks forward to bringing the Australian Mixed Relay Championships to Victoria and showcasing the Wyndham region. “We’re excited to launch the Werribee South Beach Triathlon and delighted with the support of Wyndham City to bring the Australian Championships to Victoria. What a way to kick off 2022” said Cosgriff.

“We’ve been working closely with Triathlon Australia and Wyndham City to establish a dedicated pathways event – and to host the Australian Mixed Relay Championships is a fantastic outcome for our developing talent to experience national level draft legal racing in Victoria.

“Werribee Beach will provide a spectacular backdrop for the Mixed Relay and super sprint formats and a memorable racing and spectator experience.

“Werribee South Beach Triathlon is a very exciting addition to the domestic calendar for Australian Youth and Junior athletes. Holding the Australian Mixed Relay Championships in a region that is so supportive of triathlon is a big step forward for triathlon in Victoria and Australia, said Sexton.

“The addition of the Super Sprint Eliminator format to the weekend is a major coup, having only debuted in this format at World Triathlon Championship Series this year. It provides Australia’s future champions with crucial exposure to tomorrow’s dynamic style of competition.”

The Werribee South Beach Triathlon is delivered in partnership between Wyndham City, Triathlon Victoria and Triathlon Australia and registration is now open for the event.