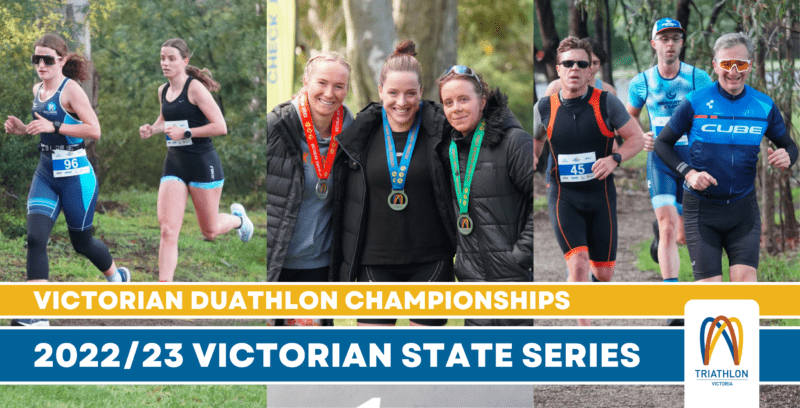 The 2022/23 Triathlon Victoria State Series is set to kick off later this month with the Victorian Duathlon Championships on Sunday 18 September.

The third and final sprint distance event of the Victorian Duathlon Series takes us to a brand new course at Caribbean Gardens in Scoresby.

While athletes will be fighting in out in hopes of being crowned Victorian Duathlon Champion, the added motivation of securing early State Series points at the first event of the season will be front of mind for many. The State Championship event means double points will be on offer for both individual and club State Series awards.

Last year’s series was tightly contested with many of the top athletes separated by just a few points come seasons end, as well as a tie for the title of age-group Champion in some cases.

About the 2022/23 Victorian State Series

The 2022/23 Victorian State Series title is awarded to both individuals and clubs based on results from selected multipart events across the season.

Athletes are ranked in age groups and accrue points for results across the 11 series calendar events , with double points available at State Championships.

Overall State Series Champions are crowned at season end, along with the highest performing clubs being presented with the State Series Shield and Performance Club Award.

For more information on the 2022/23 Victorian State Series – click here.